THE TRUTH OF HASHEM ALWAYS COMES OUT IN THE END

All of the biggest scientists, when they reached the furthest point of their wisdom, no matter what it was that they were dealing with, they discovered the truth of the Torah.

The Ramban (Nachmanenis) wrote that there are 50 wisdoms in the world, among them are the wisdom of music, medicine and astronomy. All of these are different Wisdoms that Hashem created and all have the Torah at the center of them all. All of these wisdoms are derived from the Torah.

If you never give up and continue until the end and be loyal to the truth, you will find the truth of the Torah.

This is a very important and fundamental pursuit of attaining true wisdom. Many people in the non-religious world think there’s a contradiction. According to science, it’s not true. those people, don’t completely understand the wisdom of science. Conversely the religious say, according to the Torah, you cannot learn science because they don’t really understand the Torah.

The Vilna Gaon who was one of the greatest Rabbis in the past few hundred years wrote that if someone wants to have completed wisdom, he will have to learn all of the wisdom of the world and obviously the Torah and then everything will complete each other.

You can ask me as to why I don’t go to university to learn all of that wisdom, it’s simply because I don’t have time to do it.

Vilna Gaon was on such a high level that he was able to learn all kinds of the wisdom of the world.

He wrote the book, Al Meshulash, about engineering and calculations of all triangles. I never read this book, but it is part of one of the books that I have on my to-read list, one day maybe I will get to learn it.

We see that everything goes along with the Torah and nothing is contrary to the Torah. Ramchal was one of those unique individuals that we’re able to know all the Torah as well as all different types of wisdom.

It says there’s a letter that one of his friends wrote about him to one of the biggest sages of the generation describing that this boy is 18 years old and knows all of the Mishna and all of the Gemara, all of the kabbalah and in addition to this he knows to how to read people’s face.

TORAH TOTALLY ENCOMPASSES ALL ASPECTS OF THE UNIVERSE

He had the power to sort out the truth of the world and its creation. He believed he can prove the Torah from any angle given. He could prove the Torah according to physics, astronomy, medicine, music, whatever it is that you want him to prove, it can be done.

What he wants to do here in this book is to give you the introductions that are the inheritance of Am Yisrael from generation to generation. 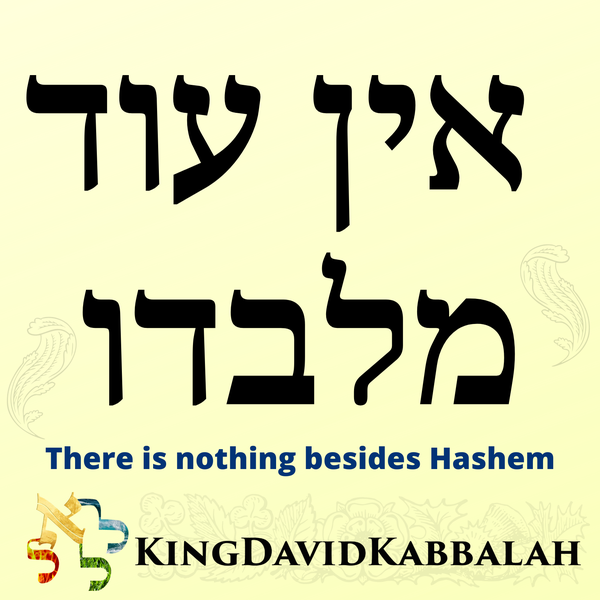 NOTHING CAN EXIST OUTSIDE OF THE EXISTENCE OF HASHEM

I will give a parable related to this. We have this book here on the shelf. Can we live without it? Yes. Let’s say there is a special person you heard about, can we live without knowing him, If he will leave and go to a different community? Can we survive? Yes, we can survive. Is there something that you take out of our life and we won’t be able to survive? There is one thing. It’s Hashem. Without Hashem, there is no existence. The one thing that is the most fundamental, and the only essential thing In the existence of all of the reality is God the creator.

He’s presenting a certain quality within the existence of Hashem, for example, let’s say I take a person that has all of the different skills of literature, art, fighting, medicine and music and all kinds of different things.

I present him to you. I tell you, you see this person, he knows how to cook very well. and That’s all I say about him. Yet there’s so much more than that to say about him. Why would I make this limitation? The truth is that he can do much more than that. The reason I only enumerated one of his good traits is that I cannot tell you all of the different qualities at one time. I’m simply saying something good about him. Even though it’s not the only thing but at least I said something good about one of his qualities. When we are calling Hashem with all of the different kinds of names, nicknames, all kinds of phrases it gives us the ability to say something good about Hashem.

HASHEM IS ABOVE AND BEYOND ANY DESCRIPTION OF HIM

The Torah is giving us permission to say something related to Hashem in a certain way. Even though it’s not fully descriptive. But it’s something. We could not have the permission to place a limitation on Hashem but since the Torah is doing it in referring to Hashem we can do it.

Let me give an example, The power that we have to see. What is your ability to see? If there is a size that’s less than a visible size you cannot see, you will need a microscope, Also, There are things that are so big that we cannot see them.

By Hashem, all of those qualities are not limited to physical or spiritual. There’s no limitation, there is no distinction between the different qualities because each one spreads To infinity with no limit.

There is within the truth of the existence of Hashem, The completed truth and the fence of the limitation of it is perfection. Meaning, Something that is not perfect cannot be part of Hashem. What I’m saying now is very tricky in other words, what we can say about Hashem that is not limited. what do we see? Something that is limited? It’s not Hashem. But on the other hand, we say there’s nothing by Hashem that does not incorporate Hashem.

Everything is only Hashem and this is the paradox of existence., This was the paradox of the Greeks. The Greeks asked, can God create a stone that he won’t be able to pick up?

Can God create for himself a limitation such as a stone that he cannot pick up? Many people, get embarrassed by this question, but for us, it’s not embarrassment. It’s very obvious the answer is he created us, but he controls us. Theoretically, he can create a stone that he cannot pick up but if he decides to pick it up, he will pick it up. it’s not really a limitation because this limitation is created by him, There’s no reason to change his mind.

Theoretically, he can change his mind and decide to create this stone and pick it up, meaning to change our existence so we will not be limited But it doesn’t happen because that’s not what he wants.

They also ask can Hashem create a stone that cannot be cut. Again theoretically Hashem can create a limitation to himself. My understanding according to what I have learned is that it must be that Hashem can create a limitation and we are the proof he created us and we are limited but within that, there is a red button that he can push and then everything goes back to the beginning point. In that case, there’s really no limitation. He decides to pick up the stone. He will pick it up because he’s not limited. We are limited. He can create a limitation. But if he wants to change the rules of the game, he is the master of the game, he can. There’s nothing really limited by definition within him, He’s God.

SEEING CREATION THROUGH THE EYES OF OUR SOUL

All of the pictures that we can picture in our mind, in our limited imagination will fathom only things that are limited, like things in nature that we see, and all of those things that we see around us is part of the creation yet It is not the creator.

All of our inner worlds is that we are experiencing through our senses from the outside world and all of this outside world is limited because it is part of the creation.

Obviously, there is a quality that we could learn, but this quality of infinity of unlimitation, we cannot comprehend since we don’t have anything we can take as an example since everything besides infinity is limited.

If I will ask you, what is eternity? and I say, let us pick one star and measure it from one end of the universe to the other side of the universe, and I will give you the calculation of how far it is and how long it takes for the light to travel from one side to another. It’s wonderful to think about them. But still, it is limited. even if you go on the bigger scale that you can think about. It’s always been limited. We cannot comprehend something that is not limited.

All of the things that we have in our life, in our existence, within the creation, within reality. It all goes by those rules. Nothing can go out of this frame of limitation. And this is the definition of the creation. Our aim is to have some kind of bridge and to establish some kind of relationship with Hashem. 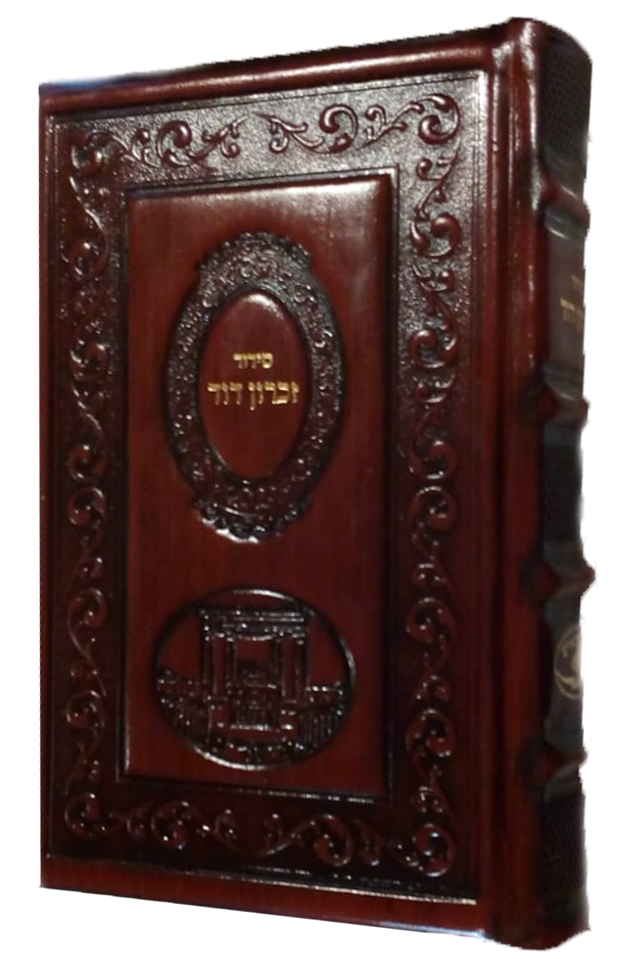 On page 129. Veahavta we have the first letters of the Ana Bakoach if you flip the page to 130, that’s the second parashah of Kriat Shema Vahaya I’m Shamoa there if you look above the words. You have the combinations of the 72 names. Some people take the individual 72 names and meditate on each one separately.

The general source of the 72 names are the books of the Kabbalah, but the first Source is parashat Beshalach. When it speaks about the splitting of the sea, there are three pesukim and by combining each of the 3 pesukim together,. the combination that comes out through these pesukim Is 72 combinations of letters that are the 72 names of God.

Meditate on this name of 72 when you say Keriat Shema meditate specifically on every word of the Keriat Shema and the three-letter combination that comes along with this word and this is the way of meditating on the 72 names is according to the Ari.

Somebody who says the Keriat Shema with this siddur has the meditation within the first Parasha.

There are also two meditations of the 72 names In the second and third parashiot of Keriat Shema.

In regards to Keriat Shema, We say it one time in  Shaharit, one time in Arvit and one time before bed, I personally do this meditation three times a day.

One of the main goals of learning Kabbalah is to reach a level of Unity. To get to this level of unity you have to put all the pieces together. You‘re really going to enjoy the picture you have when all the pieces finally fit together. One easy way to put them together is here in the Siddur Zichron David.