First of all... What is Kabbalah?

Kabbalah is the name applied to the whole scope of Jewish mysticism. While the revealed parts of the Torah focus on what G-d wants from us; Kabbalah, which is the secret of the Torah, penetrates deeper into G-d’s worlds.

Kabbalah is an ancient paradigm for living. It teaches that all of the branches of life – health, relationships, careers – emanate from the same root. This wisdom explains the mechanics of how the universe works. Learning Kabbalah merges the earthly and the spiritual as one to flood the world with goodness until the promise of the prophet is fulfilled:

” The Earth shall be filled with the consciousness of G-d, just as water covers the ocean floor “
-Isaiah 11:9

At King David Kabbalah we are aware of the need and hunger that is in the world for spiritual connection. People are trying many different sciences, religions and wisdoms to fill the void in their lives without a positive result. It is the Mission of King David Kabbalah to help people connect with their inner spiritual world based on the ancient teachings of Jewish Tradition.

The writings of the Arizal brings down many techniques of meditations. These are called yichudim. Practicing these techniques brings the divine light to one’s soul. The shinning of the divine light on your soul is the essence of prophecy and Ruach Hakodesh.

Rabbi Yaakov Avraham Shepherd, 10th generation Israeli, is the Rosh Yeshiva of Yeshivas Nefesh Hachayim and Head Kabbalist of King David Kabbalah. He has a unique vision that everyone will acknowledge that Hashem is one and His name is one.

Rabbi Shepherd has been teaching at Diaspora Yeshiva for over 15 years, where he has taught Chumash, Navi, Gemara, Shulchan Aruch and much more, both in English and Hebrew. Many of his classes had been translated int Spanish. Ten years ago, Rabbi Shepherd also began to teach at the Hidra Raba, located near the Western Wall (Kotel Hama’ravi), where he started teaching Kabbalah. The rabbi has students all over the world who continue his dream of spreading Torah.

Where are we located?

King David Kabbalah is located at Yeshivas Nefesh HaChaim at King David’s Tomb in Jerusalem. In the very Mount Zion, Rabbi Shepherd has his beis midrash (study hall) where he serves as Rosh Yeshiva (Dean of the yeshiva). 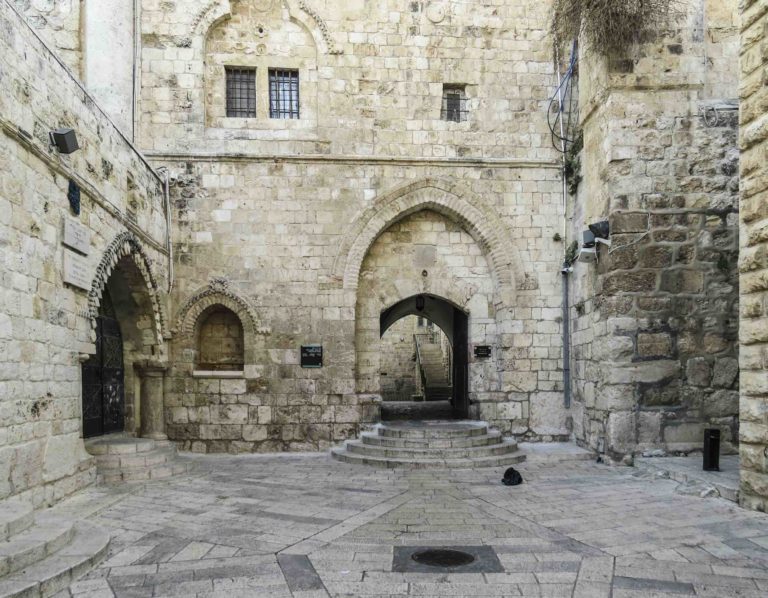