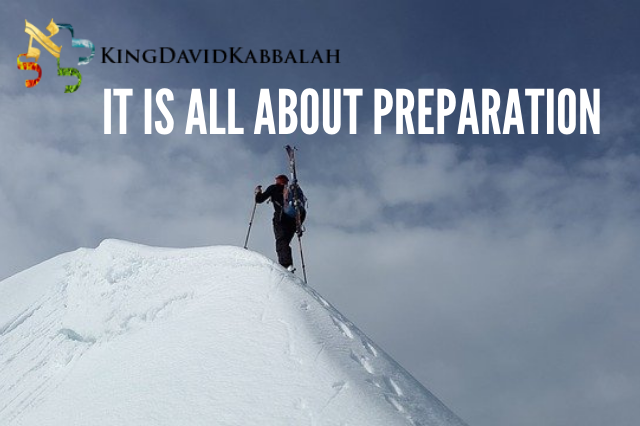 It is all about preparation

It is within our tradition that the Sefer Yetzirah(The Book of Formation) was written by Abraham Avinu, there is a debate if it was the most ancient book we have or Raziel Hamalach. Sefer Yetzirah contains the secrets of the Ten Sefirot and the Hebrew Letters, it is one of the most fundamental books of the Kabbalah since it deals with the depths of the creation.

It is clear now the importance of Sefer Yetzirah, but how can it be understood that Abraham Avinu received such a profound book, what can be learned from Abraham’s merit of achieving such a high level? The answer is: he was PREPARED. Everyone has the potential to be like Abraham Avinu within them; it is learned in parashat Lech Lecha that Abraham left everything to follow Hashem, no matter the cost, no matter the consequence. So if a person is willing to leave all what he has and dedicate his life to Hashem he will be able to reach his full potential.

Parashat Lech Lecha marks the beginning of the lives of the Forefathers, but the Torah is not coming to teach us the story of people who lived in the past or historical facts of how judaism was born. The purpose of Torah is to give out the instructions of how to connect with Hashem, so the ideal way to read about the Forefathers is as a life example of how to dedicate one’s life to Hashem.

It is of high importance to understand that this generation is within the same rules of the creation that Abraham Avinu was before, so when a person dedicates his life as Abraham did, Hashem grants permission to connect to the deepest secrets of the Torah. It is also said about Moshe Rabenu “He is loyal to me, I trust him, I can bring him into My chambers…”. Moshe Rabenu was reliable to Hashem, He knew that He could count with Moshe.

The more reliable a person is, and is proving his dedication to Hashem, Hashem will grant him permission to higher level of intimacy. With higher levels of wisdom comes more blessing for the person and his surrounding.