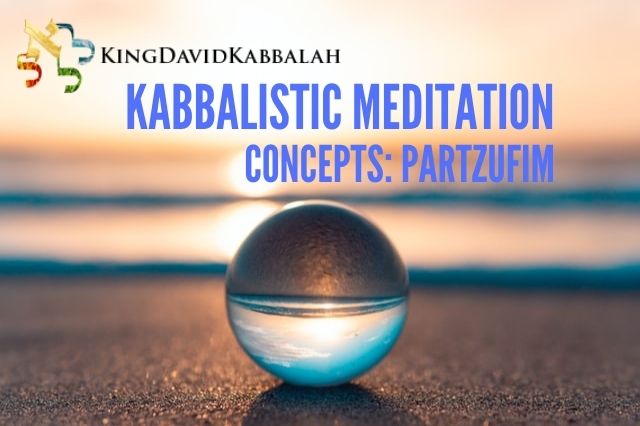 In order to be able to make a proper kabbalistic meditation we need to have the concepts loud and clear. Many of this concepts can be found on the E-book: Kabbalah and Jewish Meditation from scratch. In here you will find many basic concepts that will make you come closer to Hashem.

One of the students asked the Rabbi that even after reading the e-book the concept of Partzufim was not really clear for him, so the Rabbi decided to make the article about this concept.

The basic explanation is that the partzuf is the structure of few sefirot together; to better understand it, think of a molecule. The sefirot act as the atoms that come together to form a new structure aka a new molecule. The basic structure of partzuf are the Ten Sefirot where we have the upper Partzufim and the lower Partzufim, in the latest is where our work (tikkunim) needs to be done. The lower Partzufim are called Zeir Anpin, which is the masculine aspect, and Nukva, which is the feminine aspect. To bring them to Unity is the main tikun done in many of the meditations; this is the reason why we say “L’shem yichud Kudusha Berich-Hu”.

Now, the higher partzufim are actually the source of the abundance needed by the lower partzufim. The first partzuf is called “Ima” and sometimes called “Yasdut” (Yisrael-Saba-Tebuna). Ima is the source of the level of the mochin of Binah for Zeir Anpin and Nukva. Within the growth of man there is a level of understanding one thing from another (mevin davar mitoch davar), to see a thing happening and to understand what is the reason for it to happen.

All of these concepts can be a subject of meditation, if you want to know the techniques of how to apply them please visit our youtube channel: https://www.youtube.com/c/KingDavidKabbalah or download the e-book for free.

Blessings from the King David’s Tomb in Mount Zion.
All of these concepts can be a subject of a meditation, if y