What is it about?

The simple understanding is to give charity to the poor before Pesach so that they will have everything needed for the holiday covered. In a deeper sense, the same act of giving charity functions as a segulah for salvations.

In the conversation with the Admor, it was brought that through the Kimcha De Pischa that is given now with generosity in these difficult times we can sweeten the judgments of this pandemic. How much more so when we have a clear pusuk “Tzdka Tatzil Me Maves” Tzedaka (charity) will save us from death” and one of the biggest known Rabbi of our generation said that this will apply also for the virus the world is struggling with.  Any donations of Kimcha De Pischa that will be received here will go to Torah Scholars and Yeshiva Students.  Doners are more than welcome to add names for prayers.  The Prayers will be done here in King Davids Tomb on Mount Zion (the holiest place on earth). 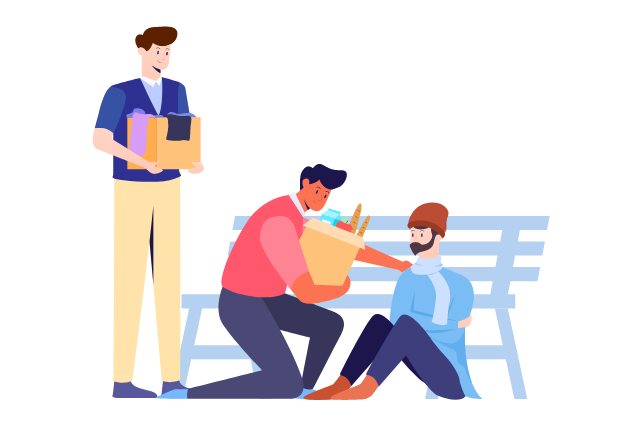 There is an old story from erev pesach in Iraq, there was a strong Jewish community with a faithful Rabbi.    In this community there were many poor that would collect alms all week to be able to feed their families.  But when Shabbat came they were no longer beggars, although it can not be noticed by the rags they wore, but a special light came over them when Shabbat would commence.

One Shabbat before erev Pesach, when the Jews were collected in the shul and the praying service had already began.  Suddenly the door opened with a bang and the messenger of the “paritz” (loosely translated as governor or lord), he began to read from his parchment, “In the name of the King, His majesty should reign forever, the beloved daughter of the lord, Laila, has been ill, and the lord  is suffering from this. The lord knows that the Jews pray and they are answered. The lord has commanded that the Jews pray for the full recovery of his daughter Laila, if not and she does not heal the Jews will be exiled and their belongings taken.

The Jews were shocked, how can he demand such a thing from us? We are not at fault that she is sick, does he think that we have the power to do miracles?

The Rabbi answered the messenger calmly, the paupers of the community will pray for Laila. The messenger fumed at the surprising answer. What the lowly paupers will pray for the lord, not the more noble or rich, what a disgrace! When he left the people of the community asked the Rabbi why did you insult the lord in such a manner we do not want that he take his wrath out on us. The Rabbi answered calmly I in no way wish to insult the lord since it is a Torah commandment not to insult any human.  It is known there is a special power in the prayer of the poor and destitute, Hashem is close to them and they know that there is no-one who can provide for them except Him.

The Paupers said we don’t know of any powers but to pray we know how! So they went with him to the lord.  When the messenger came to the lord he said the Jews said that the poor of the community will pray for your daughter.  The lord became furious and in a rage he yelled: “The poor will pray for my daughter what an insult!” Then the Rabbi entered the lord’s home with the paupers, before he could do anything they stood next to the bed of Laila, and prayed and prayed and then she opened her eyes, which she had not done in months. Before his rage could spread it was subsided by a little voice “abbaba” and with a smile he answered “Laila” his little girl was healed.  The lord turned to the Rabbi and asked what he could give him.  The Rabbi  wanted nothing for himself, and said just give something to the pauper in whose merit your daughter was healed.

The Power of the prayer of the poor along with the mitzva of Kimcha D’Pischa will surely protect you and your family!

Make your donation with us

We will greatly appreciate if you make your Kimcha D’Pischa to us. A special prayer and tikun will be made at King David’s Tomb by the holy students of The Kabbalistic Yeshiva Nefesh HaChaim and of course by our rabbi R. Yakov Shepherd himself.