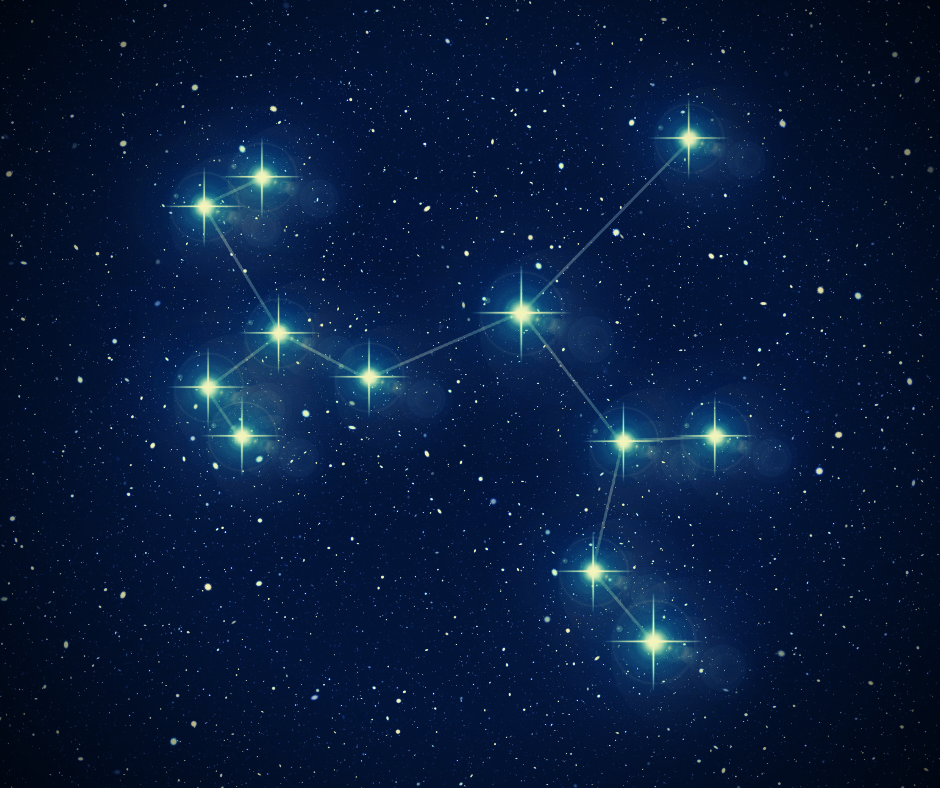 What Does Hashem want from us?

Can we change things?  Is our Destiny set?

Mazel is a well-known concept similar to what the non-Jews say astrological signs map out our lives for us and we have no way to change things just to “deal with reality”.  Judaism, on the other hand, takes a different look at things.  Although there is a “set Mazel” it is not set in stone, even beyond that, there is no “Mazel” only a facade so that we think we know what is happening and will happen.  (which is why anything that defies nature such as this virus, stirs us up so much).

I heard a good explanation to this from Rabbi Pincus  that I would like to expond on.  He used a story form the Gemara Ta’anis 25 a:

(Gemara text was taken from https://www.sefaria.org.il/Taanit.25a)

The Gemara relates a story of desperately poor righteous Rabbi;

Rabbi Elazar ben Pedat was hard-pressed for money. Once an act of bloodletting was performed on him, but he did not have anything good to eat afterward because of his poverty. He took a clove of garlic and put it in his mouth. His heart became weak and he fell asleep. The Sages came to inquire about his welfare. They saw him asleep, while they waited they noticed that he wept and laughed, and a ray of fire went from his forehead.

When he awoke they said to him: What is the reason that you were laughing and crying? He said to them: The reason is that in my dream the Holy One, Blessed be He, was sitting with me, and I said to Him: Until when will I suffer such poverty in this world? And He said to me: Elazar, My son, is it more convenient for you that I return the world to its very beginning? Perhaps you will be born in an hour of sustenance and not be poor. ( the sage asked for parnasa and good fortune and Hashem said that the only way is to return the world to nothingness and start from the beginning and maybe he would be born under a different astrological sign [mazal])

I said before Him: You suggest doing all this, to return the world to its beginning, and even then is it only a possibility that things will be different, not a certainty? I said to Him: Are the years that I have already lived more numerous, or are that I will live more numerous? He said to me: Those years that you have lived are greater. I said before Him: If so, I do not want You to recreate the world for the sake of a brief few years.

He said to me: As a reward for saying: “I do not want”, I will give you in the World-to-Come thirteen rivers of pure balsam oil as large as the Euphrates and the Tigris for you to enjoy. I said before Him: This and no more? He said to me: But if I give you more, what will I give to your colleagues? I said to Him: And do I request this from a person, who does not have enough? You are omnipotent. He playfully slapped me with His finger [askutla] on my forehead and said to me: Elazar, my son, My arrows I cast upon you, My arrows. This touch caused the ray of light to shine from his forehead.

Let us explain this story with a summary and little background

Rav Elazar was very poor so poor that he was sick had nothing to eat but garlic and in his state of health fainted [fell asleap] from the strength of the garlic.  He meets Hashem in his slumber.  He requested of Hashem that he not be poor anymore. Hashem said that because of mazal (astrology) that he could not change his fortune without starting the world from a new and then only maybe things would be different.  After asking if he had lived out most of his life, the thought of having to suffer all that again he decided to say that he does not want to change things. As a reward, Hashem granted him a big present in the next world. With which he was not satisfied and asked for more since this world is only temporary and the next will be for internity.  Hashem reply what will be left for your friends if i give it all to you. Rav Elazar responded stating that he is not a man who is limited but rather unlimited.  Hashem was please with his answer but also unpleased.  Hashem gave him a ‘patch’ as if to say “now you got it why did you not understand that before when I told you i could not make you rich” Hashem is not limited now in this world nor in the next.

So Is there a set destiny or are things up for change?

It is written about Mazel ‘astrology’ in the Prophets the star systems are called ofanim ‘weels’.

The Zohar concludes that all that Yehezkel revealed was necessary for the people of Israel to know in order to survive the ensuing exile. They were accustomed to great delights while living in the land of Israel, and the Babylonian exile was going to be harsh. Therefore they needed to receive the knowledge of Ma’aseh Merkava dressed in this form, as the Gemara says (Hagiga, 13b),

it is written in Yehezkel, 1:1, “and the form of their faces was the face of the man, and the face of the lion to the right, etc.” That is to say, the face of man was included in all four faces on the chariot. Their faces faced the four directions, each face different from the others, yet all included the face of man. Mikhael to the right, Gavriel to the left, Uriel to the front, Rafael to the back, and the Shekhina upon them. Hinted at in this passage from the Zohar on the Merkava is the entire matter of Israel’s connection to God, God’s providence through His management of the world, and the order behind His dispensation of affluence and life. Eventually, it describes how God conducts the world through outer garments.

How would the knowledge of Ma’aseh Merkava help the Jews to survive in exile?

Yehezkel saw how the furthermost garments and most external and distant realms are also concealing God’s light and are under God’s providence. Yehezkel was the only prophet besides Moshe to receive prophecy outside of the land of Israel. Because of the incredible suffering of the Babylonian exiles, it was crucial to reveal to them these awesome mysteries, in order for them to find meaning in their pain. This is the essence of Ma’aseh Merkava, as explained above. It is hinted to in Yehezkel’s vision of “a storm wind coming from the north, a great cloud, a burning fire, and the light of nogah surrounding it.” Though these are the kelipot, he taught us that God conducts the world through them, as well as it says (Tehillim, 148:8), “the storm wind performs God’s word.”

We will look at the exact pesukim to understand this and maybe help us through this difficult situation.  With the Help of the Almighty may He be blessed!

In Summary, The prophet is drawing for us a celestial map of sorts to understand how ‘destiny’ works.  so there are two types of Angles/celestial beings that are in the heavens. They are ‘in charge’ of a person’s Mazel be it poor or rich, healthy or sick, etc… The Ofanim follows the movements of the Chayos [simular to marionette puppet]. Above them is a firmament of Ice, a strong partition between them and the Kisey hakavod. As written in the pasuk below;

Above the heads of the Chayos HaKodesh was a form: an expanse, with an awe-inspiring gleam of ice, was spread out above their heads.

The Prophet describes Hashem is above the throne which is above the ice and Hashem as a man sitting.  Hashem is obviously not a man. In the Mishneh Torah, Maimonides asserts that anyone who believes that God is corporeal is a heretic. but rather a parable so that we can understand.

They had human hands below their wings. The four of them had their faces and their wings on their four sides.

Such were their faces. As for their wings, they were separated: above, each had two touching those of the others, while the other two covered its body.

Dashing to and fro [among] the Chayos HaKodesh was something that looked like flares.

From these pesukim the Rambam in Moray Nevuchim “Guide to the perplexed” understood that the Angles were separate on top each having its own head and wings each facing a separate side, all running to ‘do’ things but pulled back since they are connected on the bottom.  (see reference below)  And the ‘Hands of Man’ as written above actually do everything.

This is an amazing chidush; the Mazalot, Astrology, is but a ‘mask’ as if they were running the show but really the ‘Hands of Man’ that are doing everything.

Moray Nevuchim 3:2 Next comes to the description of another part; for the prophet relates that he saw a body beneath the Ḥayyot, but closely joining them. This body, which is connected with the earth, consists likewise of four bodies and has also four faces. But no distinct form is ascribed to it: neither that of man nor that of any other living being. The [four bodies] are described as great, tremendous, and terrible; no form is given to them, except that they are covered with eyes. These are the bodies called Ofannim (lit. Ofanim). The prophet, therefore, says: “Now, as I beheld the Ḥayyot, behold one wheel upon the earth beside the living Chayos HaKodesh, with his four faces” (ver. 15). He thus distinctly states that the Ofannim form a body, of which the one part touches the Ḥayyot, and the other part the earth; and that the Ofan has four faces. But he continues–“The appearance of the Ofannim (Ofanim) and their work was like unto the color of a beryl: and they four had one likeness” (ver. 16). By speaking of four Ofannim, after having mentioned only one Ofan, the prophet indicates that the “four faces” and the “four Ofannim” are identical. These four Ofannim have the same form; comp., “And they four had one likeness.” The Ofannim are then described as partly inter-joined; for” their appearance and their work was as it were a wheel in the middle of a wheel (ver. 16). In the description of the Ḥayyot such a phrase, with the term “in the middle of”  is not employed. The Ḥayyot are partly joined, according to the words, “they were joined one to another” (ver. 11); whilst in reference to the Ofannim it is stated that they are partly intermixed, “as it were a wheel in the middle of a wheel”

This brings us to two conclusions which for many of us are obvious but need repeating.

1. Hashem does everything as the Ramban writes ‘God is perfect in every way, eternal, and the cause of all that exists. All other beings depend upon God for their existence.’

Who is the cause of what is going on now? Hashem

Who brought the virus to the world and made so many pass away? Only Hashem

2. We need to break the Ice. We need to do something to melt the partition between the Angles and Hashem. Heartfelt Prayer and Teshuva is the only answer.

With our heartfelt prayer and Teshuva, we can ‘get’ to Hashem and He is the only one that makes things happen!

Focus on the King of the world accept His Kingship and No one else! 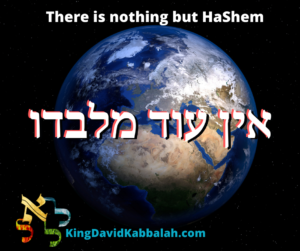 A practical guide to Surviving the plague Free