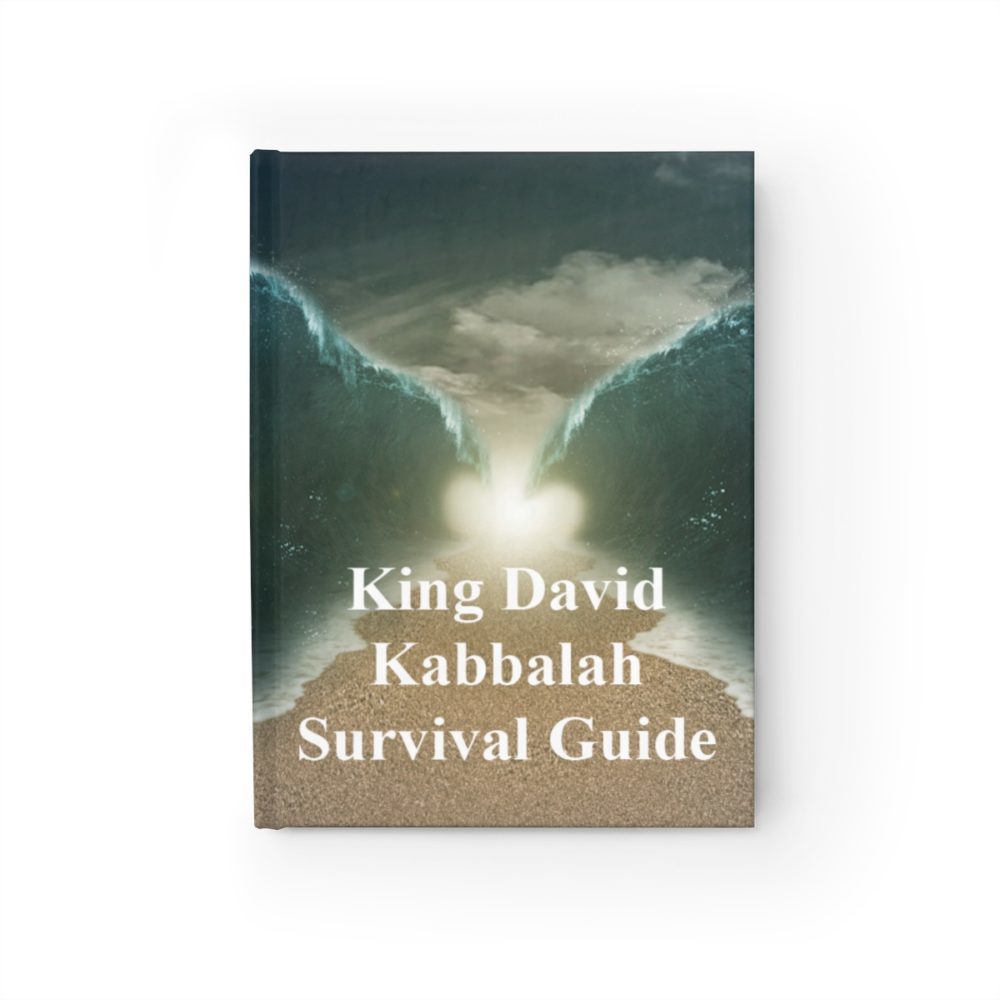 Estimated Reading Time: 7 minutes
Tonight (Tuesday night) starts Shevi-i Shel Pesach, in Israel is one day and not in Israel 2 days. We must understand what is the special significance of the extra Holiday at the end of Pesach, and how it is connected to the big process we are going through in the counting of the Omer.  First, let’s look into what happened over 3000 years ago on this same day.  We know that the special event that took place was the splitting of the red sea.  We were on our way out from slavery in Egypt when the Egyptians decided that they changed their minds and want us back, they ran after us and since they were on horses and we were on foot with big families it did not take long for them to catch up with us.  We saw them behind us, to one side was a lot of packs of fierce lions, the other side was many big and wild bears, and in front was the sea.  We had no ships. A sight that would have scared the bravest of men.  Also in our lives we come to such crossroads were we feel trapped between scarry things with the sight of a way out, The ONLY tool we have is to pray to Hashem! For many people, this was the turning point for people to return to Hashem that grew from the difficulties in their life.  This is likened to wait till Hashem twists one’s arm behind his back.  We could and should have turned to Hashem much earlier and not waited to that point but in many cases, the yetzer hara holds a person so tight to his lusts and desires that in a certain way he has to go through this painful process that will bring him to the point of realization.  This is the Deeper meaning of what we said in the Hagadah that this year we are slaves in Egypt and next year we will be Bnei Chorim (free men) in Israel.
What is real Freedom? What does it mean to be slaves in Egypt?
Each one of us is captured in his own Egypt with his own bad habits.  When we do not let go of those bad habits we are Slaves in Egypt.  So in a certain way, we wait for Hashem to force us to leave Egypt through outside circumstances, because of a weakness that we can not let go of our personal Egypt.  Until we get to the final point of understanding when we face the big sea and we realize there is no way out except turning to Hashem.
This is similar to what is happening now in the world, a little tiny and invisible creation that is not even alive, that has turned the whole world upside down.  All the governments and biggest foundations are spending most if not all of their savings searching for solutions that will allow them to return to how they had lived before, which is basically asking to go back to Egypt.  Going back to the way of life they lived before this pandemic started, is like the Jews asking to go back into slavery.  Which obviously defeats the purpose. Instead, we can and should learn the lessons of history and turn our hearts back to Hashem!
What happened at the moment that Am Israel Prayer to Hashem for Salvations?  The Sages teach us at this point of time there was a big argument in the Heavens, what should be the right response to the prayers of the jews!  On the one hand the whole creation was programmed for that special moment that the sea should open.  On the other hand, Am Israel did not have merits that will be justified to open the sea for them.  The Universe the entire creation was stuck until at the last minute they took on themselves to say Shira after they cross the sea.  This merit that they took on themselves to sing praise to Hashem in gratitude for the miracle was enough to open the heavens to their prayers and split the sea!
We must bring ourselves to such a level of Emunah and joy that we know (not only believe) that Hashem will give us a salvation that we desperately need and from this emotional point to show our gratitude to Hashem with Joy and Song to Hashem for the miracles that He did is doing and Will Do for us and the world!  This way we will receive together as a people united to go out and complete the process of leaving Egypt.
It is well known that people pray for a zivug on this holy day since it is the same day that the sea split for the Jews leaving Egypt.  The Ba’al Bnei Yissaschar writes that this holy day of Pesach brings BIG miracles.  Hashem is filled with chesed for Am Israel especially for their parnasa and even if G-d forbid one has little merits, one can acquire an abundance of parnasa and see very big miracles if the time is used for prayer and connecting to Hashem. The Holy Zohar writes that every year on this day the world experiences the splitting of the sea which is likened to opening the supreme gates, which opens a path for our prayers through which we can acquire an abundance of blessings.

It says in the targum of shir hashirim that 10 times from the beginning of creation there were poems that were said to Hashem.  The tenth one will be said by the Jewish people returning from the exile.  For witnessing the miracles that Hashem did for them.

There are many sources about saying Shira to Hashem as an expression of gratitude.  About Chizkiyahoo Hamelech it is brought down in perek chelek of San hedrin that Hashem wanted to make Chezkiyahoo be Mashiach the angels were criticizing and said Dovid Hamelech who said so many shirot and tishbachot (Songs and Praises) in front of you and you did not make him Mashiach, Chizkiyahoo hamelch that you did for him all those miracles and he did not say Shirah you are going to make him Moshiach.

The Ramban z”l parashas Bo says that when Chazal says “a person always has to be careful in a light mitzvah just as a stringent mitzvah.”  That all of them are sweet and loved to a great extent. Any time that a person is thankful to Hashem and then the intention of all of the mitzvoth is that we all believe and have faith in Hashem and be thankful to him that he created us.  And that was the original intention of creation.  And we do not have another understanding of the first intention of creation.  And Hashem does not have another desire in the lower ones except for that.  Besides that, a person will know and be grateful to the creator that created him.  And by singing prayers with full intention.  This is also the principle of the bies keneset the merit of coming together the whole congregation to join together to give thanks to their creator who brought them to be able to publicize Hashem/  to say in front of Hashem we are your creation, this is the intention of the sages that said on the pasuk “and they called to Hashem strongly” from here we learn that prayer needs a strong voice.

In Pirkei de Rabbi Eliezer it says the following “before the world was created, Hashem made the Torah to create with it the world.  The Torah said in from of Hashem Master of the universe if there is no army to the King what is he a king upon?  If there is no nation that glorifies the King were is the honor of the King.  Hashem heard those words and he was pleased with it. “

We see from these sources is that the whole reason for the creation is that the creation will be grateful to the creator  “and all Hashem created for his honor.”  And it says” it is all called with my name and for my honer I created, and for forming “

The Midrash on the pasuk Chadashim labakrim raba emunatecha, we learn from there that Hashem is creating new angles every day that say Shira in front of him before returning to Nahar Dinur (river).  That is what we say every day in Shacharit before kriyas Shema yaotzer mishartim.  Which are the new angles that serve in front of Hashem every day?

It says in Chazal the whole world was created for Dovid Hamelech, who is called zmirot Yisrael and he said praises and songs in front of Hashem more than all the other people of the world.  Dovid HaMelech said I am not proud and not for the pride I am saying so rather my intentions is that all of the nations will hear and be joyful for my intention to praise and glorify you.  What is said in Tehillim gadlu Hshem iti uneromema shmo yachdav”

Masechet Brachot chapter one it says” when am Israel collect in the beit keenest and beit midrash and say together Amen yehe shemey raba mevorach Hashem shakes his head and says happy should be the king that gets praised within his house and what would be with the father that sent his children to exile between the nations and oy for the children that were dispersed from the table of their father.  And rashi explains happy should be the King is talking about when this praise was said in beis hamikdash, and the Ein Yakov learns that what Rasih means to say that the whole reason for the exile is because they did not say praises and shira in front of Hashem.  And this is also what Moshe rabeinu hints to us in the Torah Tachacht asher lo avadeta et Hashem Elokecha be tuv levav ve simcha” and Chazal in the second chapter of masechet arachim says what is the avodah of simcha and tuvlevav?this is shira.  That is while Am Yisrael is in exile and says, Kadish, it reminds Hashem, when this praise was said in the Beis HaMikdash.

The majority of this article was taken from on the book Devrie Emet of Rabbi Itzchak ben Dovid for the city of Kushta.