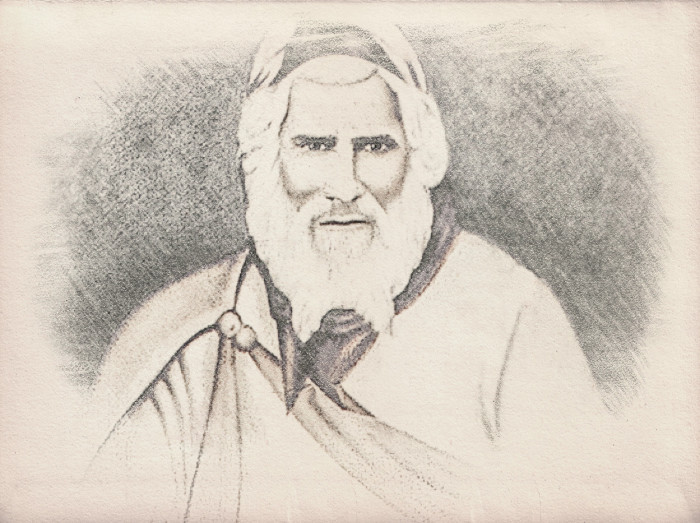 It says in the parashah :

Rabbi Yakov Abuchatzirah, think that ( Tzedek, צדֶק) that is ” justice ” is an “asset, essence” of the Shechina. The Shechina is called ( Tzedek, צדֶק) so it is mentioned in the Zohar. And when we say, when the Torah tells us;  ” Tzedek Tzedek Tirdof ” “צֶ֥דֶק צֶ֖דֶק תִּרְדֹּ֑ף, ”

That means that the Shechina, (Malchut, מלכוּת), is a minimized aspect of the power of Malchut,מלכוּת of the Shechina. Is called ( Nekuda Edit ). It is not a complete structure of the partzuf, it is only ( Edot ). And this is the hidden of Tzedek.

Furthermore, Rabbi Yakov Abuchatzirah is giving us the gematria of ( Malchut, מלכוּת) which in Milui is exact to that of ( Tzedek, צדק) 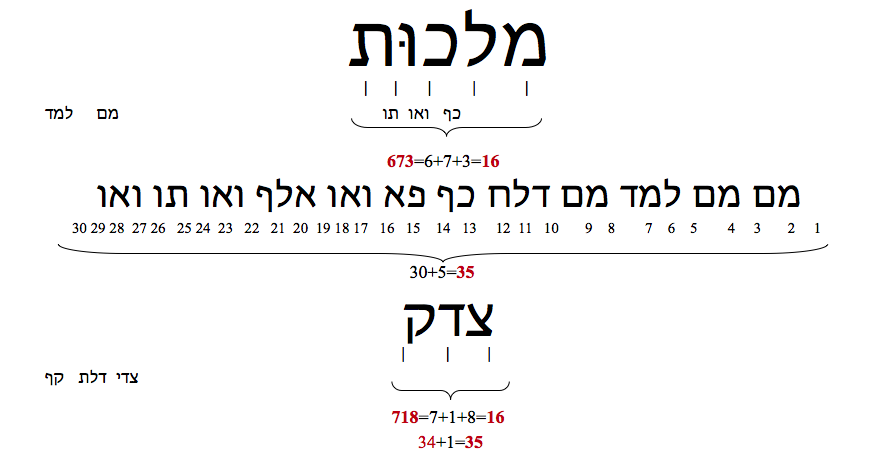 The essence of Malchut,מלכוּת is the Tzedek,צדק, is justice. When this receiving the sweetening, then becomes Tzedaka, צדקה, which is charity. And meaning the difference between the Hebrew letters between ( Tzedek, צדק) and ( Tzedaka, צדקה ) is the letter ( Hei, ה).

By adding the letter ( Hei, ה), to ( Tzedek,צדק) makes it ( Tzedaka, צדקה ). This symbolizes the ( Malchut, מלכוּת) that begins to sweeten. He is also explaining that this is the way to grow the ( Malchut,מלכוּת) for a complete ( Partzuf,  ףוצרפ ).

When we do the extra letter ( Hei, ה), in the gematria of the word ( Tzedek,צדק) with Milui, we get the same result as ( Tzedaka, צדקה ). This is what is hidden within the pasuk of; Ishayahu 54:14

Isaiah 54:14 You will be established in righteousness; You will be far from oppression Because you will have nothing to fear; And of terror, because it will not come near you.

What does this mean to us?

It means that our job, our mission, is to work on bringing sweetness to (Malchut, מלכוּת).  The way to do this, and there are many ways to do it, one of them is Tzedek, צדק. When we give Tzedaka, צדקה we are sweetening the Tzedek, צדק.

Someone owes you something. There is justice, you want justice, you have to pay what is owed. Then it must be given Tzedaka, צדקה, so, as not to hold, stop justice (Tzedek, צדק). We have to run after justice in one hand, this is the understanding of the pasuk. And this is the meaning that we must connect with the Shechina with the (Malchut, מלכוּת). And then after connecting with the Shechina and the Malchut, מלכוּת and we know that it is justice, then we can sweeten justice, with extra, above justice.

This is the (Din) law, this is the strong decision that is right. We are going to say that we reached a personal conclusion. Does he owe me or does he not owe me?

It says that we came out of the destruction of Yerushalayim. The Gemara tells us several reasons. One of the reasons is;

“That they named everything according to the Torah, to the law. This is the law, we cannot move outside the law.”

The answer is that we have to do extra. Not only doing justice is doing much more. Let’s see;

A poor man who steals bread. Justice, the law is that he must go to prison (for example).

But you have to understand that he is a poor man. Not that it’s perverse, bad negative. He just wants to hold on.

So when we do extra, for our friends that is (Tzedaka, צדקה), charity, this is making the (Malchut, מלכוּת) of the Shechina sweeten. It is by contracting the Shechina to be a complete Partzuf, פרצוף.

This is the difference between destruction and redemption. For redemption, we have to look widely, in order to see the need of others. Be understood and help others. Even though we don’t have to be. It is not an obligation. But you do it even though you don’t have to. And even if you have the right to take something that a person owes you. You can wait, give it more time. You can just leave it.

In other words, we have the name Adny. The name Adny is written at the beginning and at the end Alef Yud, but in the center Dalet Nun. Dalet Nun is Din Judgment. And this is the function of the (Malchut, מלכוּת), is feeling.

The (Malchut, מלכוּת) is called Adny. The Aleph is Keter Elyon, and the Yud is the Hochmah. And between the Keter and the Hochmah, we have this function of the judgment, Din.

Special Thanks and blessing for health and success to my student Rabbi Daniel Vargas! for all his help hard work and misirus Nefesh for the Torah, and especially helping in making this post both in English and translating and typesetting it to Spanish!!!

Baruch Hashem! We are here. And Bezrat Hashem, Hashem will bless you. by come here. Joining us. Together learning Torah here in THE Holy Place, where we are now, at King David’s tomb, in Yerushalayim.

Baruch Hashem! Thank you very much, full of Blessings and all the good things for your families and all the people around you.

All rights reserved for this published segment belong to http://kingdavidkabbalah.com/.

This segment is posted with the permission of the creators of kingdavidkabbalah.com

Any publication and distribution is prohibited without the permission of kingdavidkabbalah