Estimated Reading Time: 5 minutes
We have been spending many weeks working on a compilation of different segulot and kabbalistic prayers for healing in times of plagues.  We have added parts of the book “Healing and Life” of the kabbalist Rabbi Palagi.

Based on the “Book of Healing” by Rav Chaim Palagi; view a class on Kabbalah and Ta-amim:

Our first point of focus is that when you want to pray for something it’s always good to start with passages from the Torah.

Rabbi Palagi emphasizes that when reading verses of Torah they should be read with its proper vowels.

The reason for this, he says, is that there are armies of angels in charge of the Ta-amim (cantillation notes) of the Torah. The angels only accept this reading when reading in its intended way.

When you read these pesukim your intention should be to open the gates of heaven in order that your prayer is elevated.  Above and beyond one’s connection to their physical realm, one must connect themself with the spiritual realms.

These holy Ta-amim are even more spiritual than the letters.

Also, in the said manner, you want to read the pasuk to honor HaShem with your possessions. this is an esoteric secret that we will besrat Hashem write about soon.

Rav Palagi also says the source for this concept can be found in the book called, “Shaar Hakvanah” by Harav Naftali Katz.

CONNECTION OF THE BODY AND THE NEFESH

The Ariza”l also explains the letters and their Ta-amim in “Etz Chaim”. There he mentions that we have the body and the Nefesh. The Nefesh gives the energy that sustains the body.

Then we have the Ruach and Neshamah which are the two higher levels of the soul.

Ariza”l explains that the letters are accompanied by their Individual crowns. These crowns are compared to the body with its Nefesh, which works to sustain the physical body. The vowels are the levels of the Ruach. The Ta-amim and the tune is the level of Neshamah. Someone that is reading without a tune doesn’t access the Neshamah of the letters. One that reads the letters without the vowels is not reaching the ruach part of the letters. If the letters are not read out loud the body will lack its spiritual sustenance.

There are different traditions in how to pronounce the letters, vowels and Ta-amim.

Just like the first statement of Rav Chaim Palagi that there are different angels in charge of each of the Ta-amim.

IMPORTANCE OF READING WITH YOUR TRADITIONAL TUNE

If you were reading with Yemenite Ta-amim or if you read the same passage with Moroccan or Ashkenazi Ta-amim there will be different angels in charge of that reading. Which makes a tremendous difference.  In truth, all traditions of Am Yisrael are valid. IA person should want to connect yourself to the roots of your soul as much as possible.

So when you’re reading, according to your traditions, you will connect to the root of your soul and retroactively to those specific angels.  This will empower the prayer to elevate properly. This is very important to apply.  Also from the article of Rav Palagi, we can understand that just singing pesukim is more powerful than simply reciting them. Because when you’re singing them you are activating an even higher level than that of the angels. 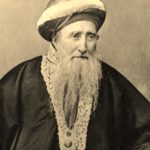 Shortly after he was discovered to be a very big genius and had written many books early on, he reached a  level called  Moreh Zedek. This qualified him to give over Halachot for people.    Eventually, he became the Rosh Yeshiva.  Soon after his grandfather passed away he became the Rabbi of Izmir.  He became very famous and everybody respected whatever he said, even the Arabs of the city and even the Ruler.   They made him the official leader of all of the Jewish communities of Turkey and by his word, people would be arrested or freed by the police.

THE PHOTOGRAPHIC MEMORY OF RAV PALAGI

He wrote over 50 books in his lifetime.  At some point, there was a big fire in his local Jewish neighborhood, in which his house caught fire as well.   His students knew he had all his writings in the basement of his house. One of his students went in to save some of his writings but the majority of them were burned.   Rav Palagi really took this incident very seriously. All of these writings consisted of his life’s work, therefore he became quite sad over it.

He had a son that was already grown at this time who told him,  “I’m sure you remember what you wrote” because he was known to have a photographic memory.  He told him we’ll sit together and you will tell me overall you’ve written until now.  Sure enough, after two years they were able to replace all the Rabbis writings exactly as before.

Like other big righteous rabbis that we’re living in those times and specifically in those areas of Morocco and Turkey, he was involved not only in  Halachot and Gemara, he was also involved in Kabbalah and specifically with segulot.   In his books, there’s tons of segulot. It’s something that he takes very seriously and has very good sources for.   Many other mekubalim whose writings we still have claim their teachings derive from Rabbi Palagi. One of Rav Palagi’s book on Segulot was the book of “Healing and Life”

INCORPORATING TRUE REPENTANCE INTO THE SEGULOT

Relatively, Teshuvah is something that seems so simple, but we forget it as a prerequisite before the Tikkun. It seems rather obvious but practically it’s not so simple.

Some people get results with various different segulahs and their accompanying prayers. Yet they don’t put this basic step upfront. A major step is the reciting of Vidui and if there’s no Tachanun said, such as in the month of Nissan,  he brings a few pesukim we should say instead of that and also instructs us how to contemplate Teshuvah.