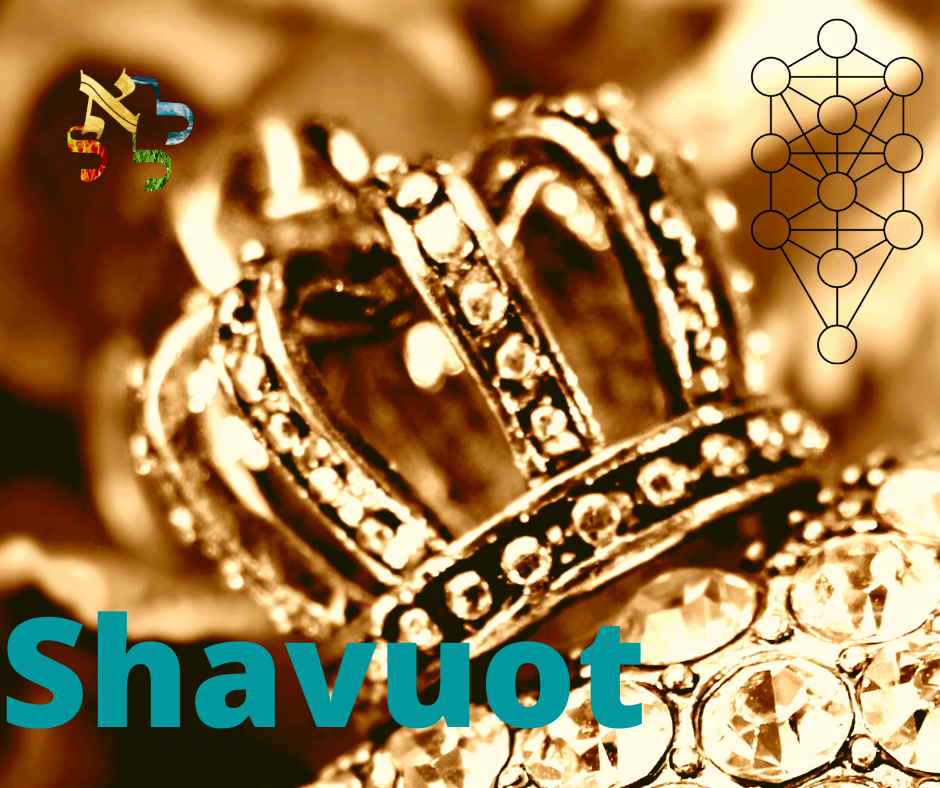 How do we bring down the Keter on Shavuot?

Tikkun Leil Shavuot is a custom, brought down in the Zohar and the Arizal explains it in length, is to stay up all night on the night of Shavuot while learning Torah.  This has become the foremost custom of Am Yisrael.

What is the purpose of this Tikkun?

The Tikkun’s purpose is to fill up all the empty spaces that are left from Sefirat HaOmer. Once this body is completed we are ready to receive the Keter/crown. A short story to explain goes like so: The king dons his garments and prepares for service; the final piece is the crown being placed on his head. Through Sefirat HaOmer we are building our spiritual body, we complete the spiritual build-up on the night of Shavuot culminating in attaining Keter.

What should one do on the special night of Shavuot?

Many think the main thing is to simply not fall asleep. Filling this time talking with friends and going for walks does not fulfill the Tikkun of learning Torah all night.  The night of Shavuot eat your seudat mitzvah with your family. It is important to have a festive meal, unlike learning all night witch is a minhag, the meal is halacha/Jewish law.  It’s important to find a place for all-night learning. With or without study partners one should learn all-night. Many people take on Taanit Dibur/Speech Fast so that he is more focused on his learning. If one chooses to fast they should start the speech fast after the meal so that he can devote oneself to his family. If you finish the verses before sunrise, it is highly recommended to learn Kabbalah. If you are not able to do this then learn other Torah because Someone who is sitting and doing nothing or chatting idly with a friend; it is likened to sleeping.  Since there is a promise by the Ariza”l that one that does not sleep during Shavuot no harm will get to him that year,  Therefore try as much as possible without hurting yourself to push and stay awake learning the whole night.

What should one learn on Leil Shavuot?

This is a big discussion among Am Yisrael. Should one learn the Written Torah or Oral Torah?  A custom by some is to learn Gemara Oral Torah, which is an admiral custom also found in the Zohar.  The custom according to the Arizal is to read the first and last verse from each chapter of the Tanach. Plus there are a few places like the Matan Torah/The Giving of the Torah and Bereshit/Genesis we have a few additional verses.

This is a little taste of our ebook on Shavuot.

Who is King David?

For the Hillulah of King David, we are giving you a sneak preview of one of our upcoming books on King David, just a little history to give us a small view of his greatness and the greatness of Shavuot which is his yartzite (Hillula) to give the big picture and understand his greatness as much as we can, one will really need to read the book which is very long.

Who would you give part of your life for? Only for someone really close to you or has a very special purpose in this world that only he can fulfill.

KING DAVID RECEIVED 70 YEARS OF HIS LIFE FROM THE FOREFATHERS.

When Adam Harishon sinned, he had to reincarnate into the lower realm into a human man who represents the Kingdom/Malchut in order to atone for him.

When Adam saw the consequence of his incarnation as a person of flesh and blood and what would result from his act, he wanted to secure the existence of King David. Adam HaRishon expected that eventually, David would rectify his sin and his original act will be rectified.  Adam HaRishon saw that King David wasn’t originally expected to live in this world for more than three hours.  So Adam took 70 of his own years in order that through him King David would live in this world and be engaged in Torah and mitzvoth.

As presented in the Zohar: Even if a person goes on in this world for a thousand years,  On the day of his death, it seems to him that his entire life has passed in an instant. He regretted making his life shorter and so to speak requested the years back.  He did not merit giving King David his years and still it was decided that he should Yung 70 years before his time.

The Zohar mentions that the forefathers each left King David a portion of years from their lives and those are the sole source of his lifespan.  Here is what the patriarchs left to King David of his 70 years with Adam Harishon ‘reincarnating’ back through the Fathers to make his correction through them.  He then gave the years back to King David in a way that would be of use to him.

Abraham Avinu left King David 5 years, Since he was to allotted to live 180 years like Isaac, then he lived only 175 years.

Yitzchak did not leave him years through himself but through Yoseph.  The Gour Aryeh wrote that Yitzchak was reincarnated in Yoseph.  Yoseph took Yitzchak’s place and left King David 37 years for Isaac. This was corresponding to Those 37 years that Isaac lived before the Akeida.  Yitzchak was 37 years old at the time of the Akeida.

Yacov gave King David 28 years.  Yacov was to live in the world 175 years like Abraham then lived only 147 years.

Yoseph gave King David 37 years.  Yoseph lived for 110 years and was intended to live 147 years just as Yacov did.  It is presented in “Nitzutzi Orot”: that Yosef was not the first person incarnated as Yitzchak.  It comes out that Yoseph gave King David most of his 70 years.  This Yoseph Acknowledging the secret which is known that Mashiach ben David will revive Mashiach ben Yosef.

It is known that the Ushpizin in the Succot, that each of the Ushpizin symbolizes one of the seven Sefirot. Avraham – Chesed.Yitzchak Strength Yaakov – Tiferet. Moshe Netzach. Aharon-Hod. And David – Malchut. It is also written in the Zohar about King David and his connection to the Sefira of Malchut.