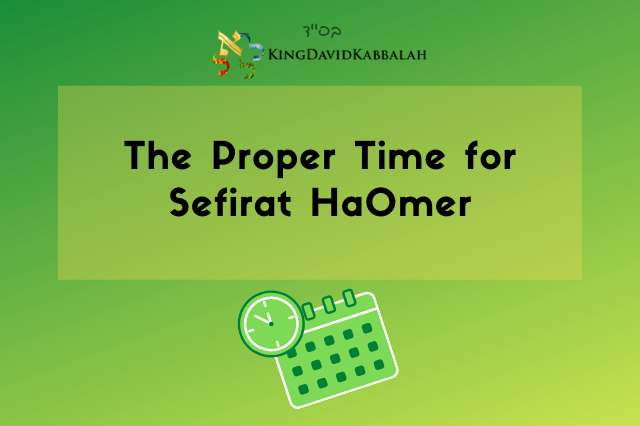 Time is a fundamental element in Jewish life. Time reigns the whole dynamics of how to follow the Torah. As Shlomo HaMelech brings in Mishlei, there is a specific time for everything. Sefirat HaOmer is no exception to the rule. The Sefira should be said first thing on the day. Remember that according to Judaism, the day starts at night. The common custom is to say Sefirat HaOmer after the prayer of Arvit. As the majority of the halacha, there are different opinions and customs on how to follow the rule.

According to Kabbalah there is a great benefit to say the Sefirat HaOmer at the earliest time possible. For instance, the Rashash advises the people who live outside Eretz Israel, that they have a second Pesach Seder. He tells them not to wait till the second seder is over to count the Omer; therefore, the chitzonim won’t have time to get strength. Rabbi Avichai is very meticulous to say Sedirat HaOmer at the earliest time possible. The more a person delays the Sefirat HaOmer the more negative influence he would have from the chitzonim.

In Judaism there are two halachic times that define the end of one day and the beginning of the next day. Shekia and Tzet Hakochabim. Shekia refers to the sun set where there is still light of the day but the sun is already gone. Tzet HaKochabim is already at night time, hence it is dark outside. One of the signals our sages would use to determine Tzet HaKochabim was to see three stars in the sky. The two times are used for different occasions during the calendar. Shabbat for example, starts at Shekia while Sefirat HaOmer should be said already at Tzeit HaKochavim.

When a person is a beginner in the wisdom of the Kabbalah, it could get very hard and absorbs a lot of time to meditate on the kavanot during the prayers. Sefirat HaOmer is a count made during 49 days, it is normal if sometimes a person does not have the energy or time to meditate the whole kavanot. Rabbi Shepherd’s advice (based on his rabbis) is to say the Sefira at its proper time, even though the person won’t make the meditations of the Sefira. Then, during the day it is possible to meditate on the proper kavanot of Sefirat HaOmer. It is important to highlight that this delay can be done only during the same day of the count; for example, the person did the 10th day of the count if the time for the 11th day came he no longer can make the meditation on the 10th. The most recommended time to make the meditations is within three hours after saying Sefirat HaOmer, although one can meditate during the whole day. 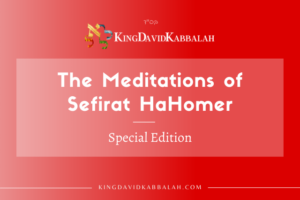