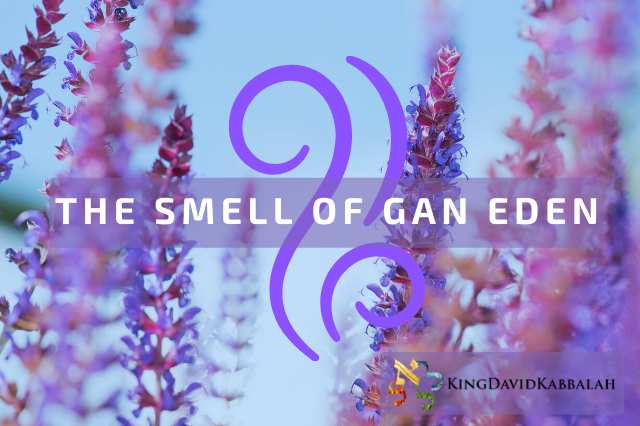 In Parashat Toledot, Yakov Avinu presents himself to Itzchak Avinu, his father, dressed as Esav in order to receive the blessing instead of Esav by order of his mother Rivka. The verse states (Genesis 27:27):

The sages teach that the smell Itzchak Avinu is talking about is the smell of Gan Eden (The Garden of Eden), the first question that comes out is why did Yakov smelled like Gan Eden? How did he got to that level? The Midrash in Pirkei d’ Rabbi Eliezer (Ancient book that contains many kabbalistic secretes) explains the reason why Yakov had this peculiar smell, it states that the garment that Yakov was wearing was Esav’s.

The garment in matter, is a very particular clothing. It was taken by Esav from Nimrod and it was originally owned by Adam HaRishon, it was given by Hashem Himself to Adam after the sin of Gan Eden. This was not an ordinary garment, it is said that the reason why Nimrod became to be a king was because people admired him for his ability of communicating with animals and the control he had over them; so, this power was due to the garment he somehow got from Adam HaRishon.

Apart from what the Midrash states, there is an understanding about this garment. This clothing refers to the garments of the soul, which is the surrounding light of the being. Depending on the actions of the person, he creates garments to the soul. If a person acts accordingly the garments that are formed are important and respectful ones; on the other hand, if the person acts in a wrong way, the garments created will be shameful garments and will provoque a sense of dishonor and embarrassment to the soul. If the garments that Adam got were after the sin, they should have been shameful garments and shouldn’t be gotten by Nimrod which such a powerful effect. It is very hard to explain what Adam did when he was in Gan Eden, there is a story about Rabbi Avichai Shelit’a (Rabbi Yakov’s master in Kabbalah and Rosh Yeshiva of the Kabbalistic Yeshiva of Bet El in Jerusalem) was learning very deep in the Tikunei HaZoar the sin of Adam HaRishon and he ended up going to Marat HaMachpela (The cave where the Patriarchs are buried in Hebron) to ask forgiveness to Adam HaRishon. It is inferred from the previous story that it is beyond the simple understanding what really happened with Adam and the sin, how much more improper is to judge Adam’s actions.

The fact is, remitting to Itzchak and Yakov’s episode, anyone has the potential of Itzchak Avinu, to smell Gan Eden. It actually is an advanced Kabbalistic Meditation that the Ramchal (Rabbi Moshe Chaim Luzzato) explains in one of his books. He explains that when a person is breathing, he can meditate in breathing the air of Gan Eden. Rabbi Shepherd’s interpretation of this is that there is a certain flow of abundance coming from Gan Eden to this world. Through this flow it is possible to connect to Gan Eden allowing the perception of Gan Eden, letting experience an aspect of The World to Come as Itzchak Avinu did.