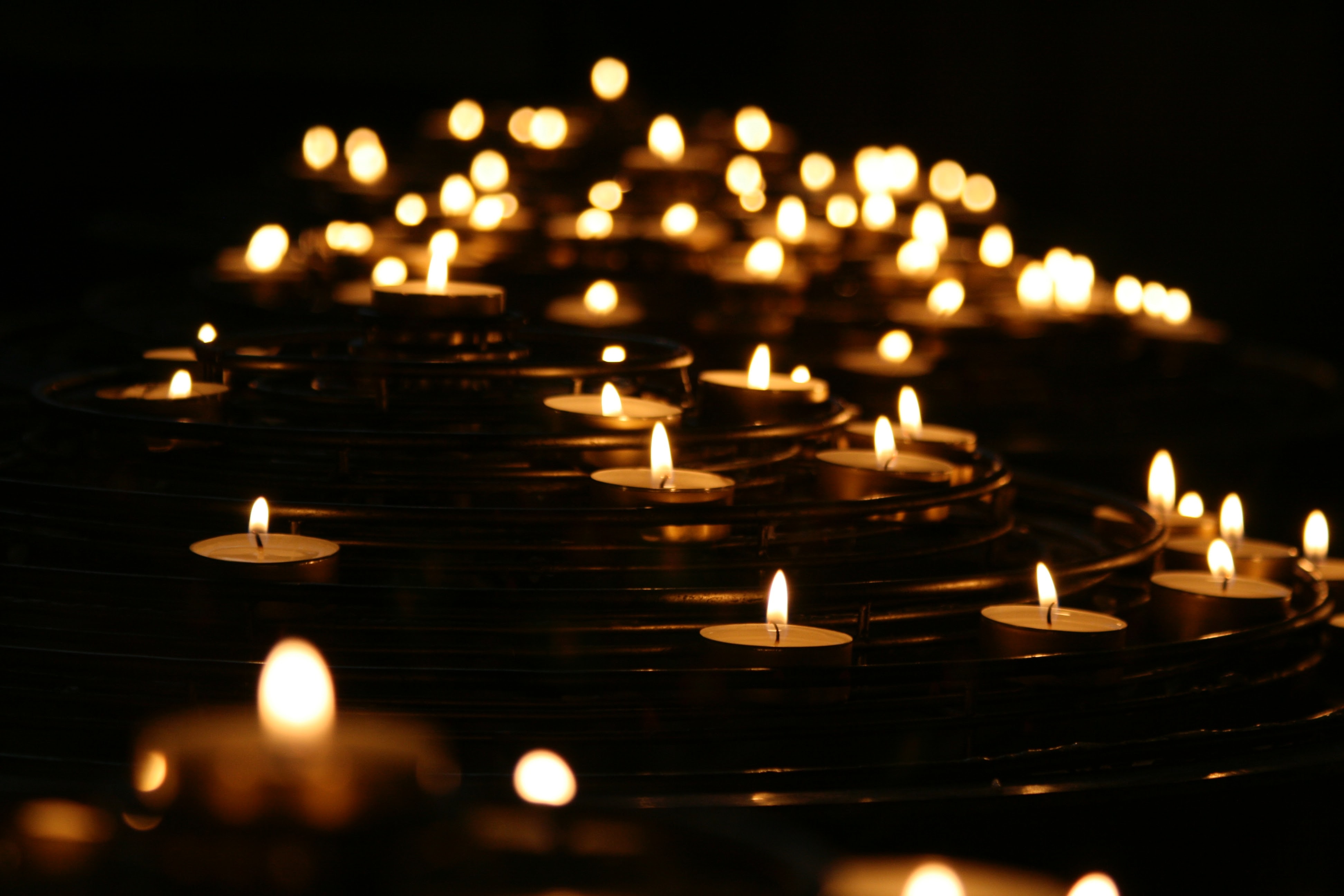 Many people are curious to know how life after death looks like.

Yet, life after death is not exactly a picnic. The soul is a very complex and multifaceted being that is composed of many, many parts. Some of them are good and some need rectification. And all of them will be judged to a hairsbreadth.

To say that the soul is one of the most wondrous creations of Hashem is no exaggeration.

As it happens, we come to this lowly world to rectify ourselves and the supernal worlds. And, of course, each person according to his own mission in life. Unfortunately, along the way, our mind wander around, become entangled by the vanities of physicality and become blemished, disconnected from its pure, blissful source.

There’s no one who doesn’t make mistakes in life. Ecclesiastes said, “There is no righteous man in the land who will do good and will not sin“. So, for every act that was not in accordance with the heavenly laws of God, there’s an ‘amendment’ to make, either down here or up there.

This presents a very serious problem because one cannot ascend above without first being clean of the spiritual blemishes he caused on his soul. And, while Teshuva is accessible to everyone here, in many cases, these are people who have died suddenly without having been able to repent, or those who have died tragically.

So, what can we do to help the departed souls?

The Tikkun HaNiftarim, a true blessing for the deceased

As we spoke before here, the process of life after death can be very painful but Baruch Hashem, the real Mekubalim have left us with special prayers and rituals each and every one of us can do in order to help our loved ones that already parted.

In doing so, we give them the best gift they can receive: relief and ascension, which is what every soul truly carves when they leave this world.

This is called Tikkun HaNiftarim or Rectification of the Deceased. Such a correction would make the beloved deceased’s soul rest in the right place and rest in a better place.

Therefore, for those interested in helping their loved ones who already left this world, Rabbi Yaakov Shepherd has already edited and published in our shop the Tikkun HaNiftarim here:

Please remember to share this link with your family and friends so they can also be aware of the importance of the Tikkun HaNiftarim and help their loved ones.

We will now explain how the Rectification of the Deceased work below:

THE FORMULA FOR CORRECTION OF THE DECEASED

One of the greatest and most important Kabbalists who has dealt with “repair of deceased souls” in recent generations is Rabbi Yehuda Fetaya. He writes in his holy book “Minchat Yehuda”: “If the heirs desire to be at ease, to save their loved one from the slingshot and the state of hell in which they are sentenced, the only way is to pour out discourse and prayer to the king of the world for that departed soul. Specifically by Kosher people who are knowledgeable and will do a proper repair order.“

The books on Kabbalah say that it is good to repair the deceased as soon as possible, even for people who have been observant of the Torah and commandments in their lives.

During the repair, special prayers are conducted according to what may be needed according to the soul of the deceased. Ten wise disciples in awe of heaven guarding holiness and purity are required. For the most part, the rectification was made after all the participants were involved in fasting and after immersion in the ritual bath.

Studying the Zohar to repair the soul of the deceased.

Yet, if one may find it difficult to find 10 such people, in the book “Praises of the Arizal” his students write that he used to stress the Importance of studying the Zohar. This is because the book of the Zohar brings tremendous correction to the human soul through its study.

Moreover, the Hida in his book “The Holy Work”, also praises that the highest study for the correction of the deceased’s soul is the study of the Zohar.

Such a correction causes a real comfort for the deceased. He will surely acknowledge us with eternal favor for bringing him relief. This is all that can be done for the departed one because they have no ability to do anything in order to improve his condition and status in the world of souls.

Nevertheless, we learn that the procedure of repairing the soul of the deceased has ancient roots from the Torah.

Only his relatives and friends who remain here in this world still can save him from all his punishment.

THE RIGHT CANDIDATES FOR SOUL CORRECTION

Since the Bible says “because there is no righteous man in the land who will do good and will not sin” almost everyone needs a rectification that will help them to save them from the “purification” period which is only accomplished by being in Hell for 12th months, and after that period he gets into heaven.

Yet, this only applies to people who were keeping Torah and Mitzvot. Those who did not keep the commandments, and God forbid, committed serious transgressions such as desecration of the Sabbath and ignored the laws of family purity, specifically the transgressions that carry a severe punishment and cutting off by heaven, their cleaning period will be longer than 12 months.

Due to the high level of sin and its severity, and it will not suffice for just one but many repairs.

This needs to be done until, as Rabbi Fetaya writes, “he comes in a dream to one of his loved ones and shows him in a happy state and wearing beautiful clothes, this is a sure sign that the deceased one finished his cleansing process.“ 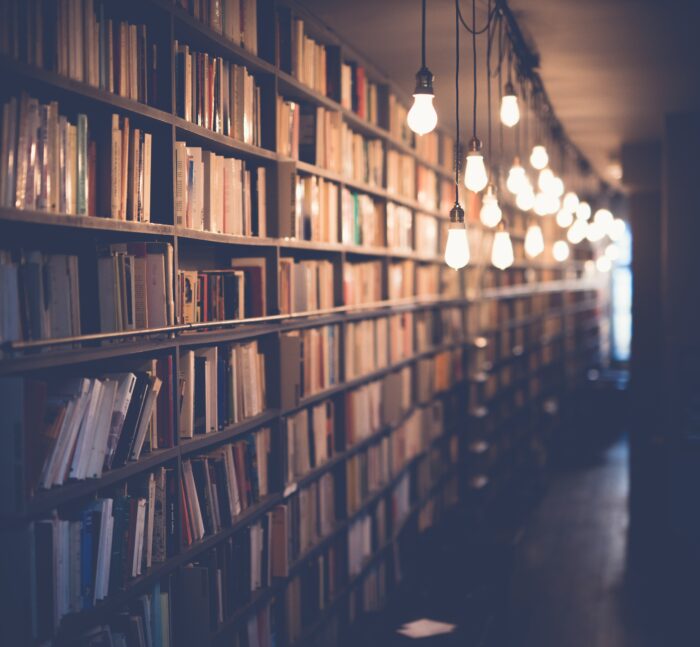 When is the right time to do a rectification for the deceased?

The closer to the time of passing the more effective the rectification will be and the better it is for the deceased. It can be done even within the seven days of mourning, or within the month of death or at the very least within the year.

However, we can still elevate his soul through psalms as is the custom to do every year at the time of his yearly memorial. It is clear that even after twenty years, even for a great each year all the souls and spirits of deceased are once again on trial for lighter offenses as stated in the Holy Books.

In summary, it is good to make the rectification for the deceased as close as possible, but no later than the 12th month from the time of death, and again, this is all regarding a Torah observant Jew.

However, for very evil people, even after the 12th month, it is necessary to save him from the suffering of the slingshot (Kaf HaKelah) and get him into hell (Gehinom) and from there to purgatory and only then can he be properly purified and fit enough to enter into heaven.

This is because a person who has committed the most serious offenses and merits death by heaven will probably not be allowed to enter hell. Rather, he will have to go from one place of punishment to another in all sorts of realities of punishment in a state called being in a “slingshot”.

For such a person, it will be necessary to do many repairs and prayers and soul-lifting until he appears in a dream to announce that he was found worthy.

You can get the Tikkun HaNiftarim by clicking on this link:

Can one rectification be done for several deceased at the same time?

Simple answer: Yes, it can be done.

It is also written in the book of Minchat Yehuda by the wise man Rabbi Yehuda Fetayah that one rectification can be made for even four or more dead, and a father can even be included in it with his son. The entire original text written by Rabbi Fetaya can be found in his book Menacha Yehuda Hanakar.

In general, the correct correction should be done for ten days by heaven fearing observant and preferably wise students who are holy and pure who will argue in favor of the deceased.

The rectification will include reading all the Psalms with seven circles around the Torah and the blasting of the Shofar and dedicating a Torah scroll.

Remember: this is a repair that is being done to lift the soul of our loved ones. To repair and erase sins from this or previous incarnations is not easy!

Think about someone that has passed away from the world and his relatives are full of grief. They would love one more minute with him but he’s gone. If only we could send him something nice that would make him happy!

We have dreams in which relatives show up and ask for something. Some of them recently passed away, or even many years ago. In some dreams, the deceased seems to need necessities for living and there are also dreams where the deceased seems to need clothes or shelter. They do not always specify what they want in words, but we feel we can do something for them and they ask for it from us.

The book of Samuel II chapters 19 brings the story of the death of Absalom. Absalom rebelled against his father’s Kingdom in hopes of taking the throne. He proceeded to sleep with his father’s concubines in front of all the people and launched a civil war in which 20,000 men of Israel were killed. He was eventually killed by Yoav and his soldiers. When David heard the news he went up to the gates of the city and cried. There he uttered the famous verse Oh My Son Absalom.

From the formula derived from these words that King David spoke, he performed the first correction of the dead found in the entire Torah.

And in the Gemara we also found a story on page 2b about Elisha Ben-Abuyah, who was the rabbi of Rabbi Meir Baal Haness and went on a bad path and committed severe transgressions in the Torah, and nevertheless in the upper world they could not punish him in hell because of the Torah he learned when he was righteous in this world.

Yet still he could not enter heaven, because he had finally gone off the right path until Rabbi Meir and Rabbi Yohanan came and did a “correction for the deceased” for him and Elisha ben Abuya entered heaven.

POWER OF PRAYER CAN SAVE A SOUL FROM PURGATORY

In conclusion, we have the power of prayer to deliver the soul of the deceased sentenced to the torments of hell, to the point of bringing them up into heaven.

What greater privilege and power than that?

Remember: it is a tremendous blessing to have somebody alive in this world ask for someone to bypass the sentencing of a higher court overseeing the deceased soul. This is especially true for those who may have been required to descend into the lowest section of hell.

Don’t forget to purchase your Tikkun HaNiftarim from our Store in order to help your loved ones who have already departed:

We wish all our students and supporters many blessings!

Remember to comment on what you think about this article below and share it around Social Media!