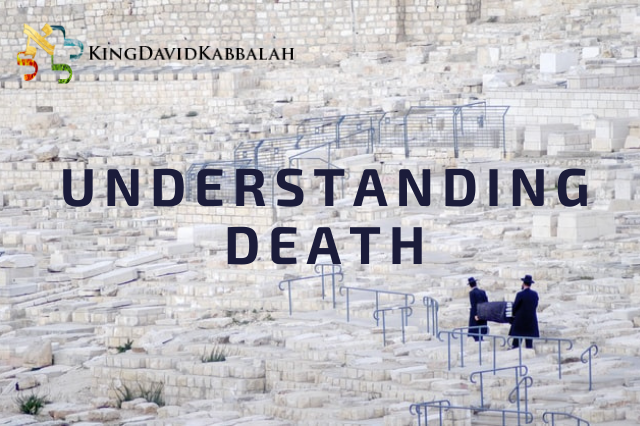 It is known that the sages say that: “The righteous in their death are called alive and the wicked in their life are called dead”. This is not referring to life and death as the regular known idea, it refers to spiritual life. In the spiritual realm there is also the concept of life and death, as in the physical realm the connection of the life source to the body is called life, also the connection of a higher level to the soul is called spiritual life. In other words, each spiritual level is called “the physical body” and the level above it is called “the sustenance (life source).

With the above as context, it will become easier to engage at higher level of understanding. The four elements: Fire, Wind, Water and Earth are also part of jewish tradition, they are brought in sefer Yetzira as the elements from which all things come to exist. These four elements have a spiritual source which ends up being the structure of the spiritual being of men. The verse says: “..She died in the city of Kriat Arva which is Hebron”(Genesis 23: 1-2); The Or HaChaim HaKadosh gives a very deep understanding from this verse; Kriat Arva means the four elements. So, when the sustenance of these elements stops (flow of life) they get separated ending in what is known as death.

Wicked people cause separation between themselves and others, within spiritual realms while righteous people do the opposite; they engage in fulfilling the commandments, in becoming closer to Hashem. And this is the goal; to unite everything that surrounds a person not only at a spiritual level but at a physical level, to bring people together. This should not be accomplished by judging other people but by focusing in oneself to connect at a higher level and be called alive even when the days are over.