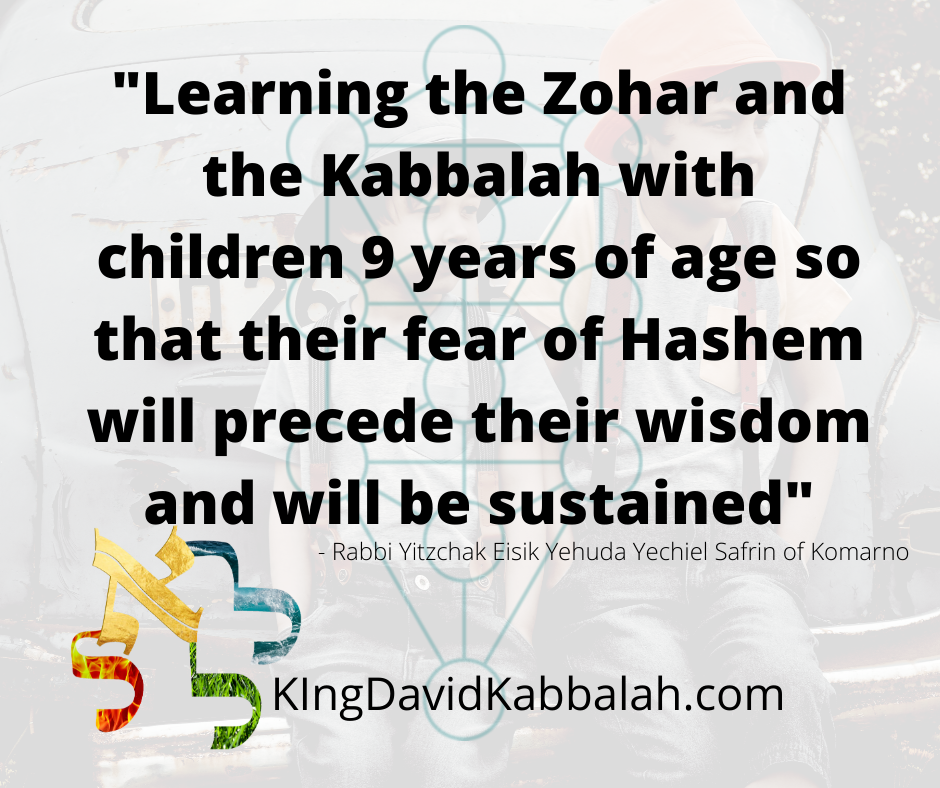 Rabbi Yitzchak Eisik Yehuda Yechiel Safrin of Komarno, (1806 – 1874 לספירה) (his dynasty held strong and was passed down father to son until 1943 when the holocaust caused his descendant Rabbi Sholom and his community to perish, from a different son, Rabbi Chaim Yankev emigrated to the United States before World War II. Rabbi Chaim Yankev was succeeded by his sons, Rabbi Yehoshua Safrin in the United States and Rabbi Yissachar Dov Ber in Israel) known as the Komarno Rebbe, was one of the most prolific expounders of the Teachings of the Baal Shem Tov, producing volumes of original insights on Jewish and Torah philosophy as inspired by the Baal Shem Tov, Orphaned from his father at an early age, and grew up with his uncle Rabbi Zvi Hirsch of Zidichow. He has authored many books, mainly on Kabbalah and Hasidic affairs, and has been known as the Minister of the Zohar. He quotes much of Baal Shem Tov’s theory, which he considered his teacher and rabbi even though he was born after his passing. Among his most well-known books are: “The Hall of Blessing” – a commentary on five Chumashim according to kabbalah, “Zohar Hai” – a commentary on the Zohar book, and “the pure table” on the order of halacha at the Shulchan Aruch. He also wrote a personal journal in which he recorded special visions revealed to him in a dream and stories about the Baal Shem Tov. He merited the ability to actually behold the sight of the Talmudic sages when recalling their names. Until the 20th century, the existence of the journal was kept secret, and in the 1950s it was published in manuscripts under the name “Scroll of mysteries.”

The Admore endorsed learning Kabbalah with children from the age of nine as is stated “A REMEDY AGAINST HERESY AND EVIL, O that my people would listen to me, in this evil generation when heresy increases, It is proper to learn the Zohar and the Tikkunim with children nine years of age so that their fear of Hashem will precede their wisdom and will be maintained”

Along with Rav Abolafia, Rav Chaim Palagi, Rav Eliyahu Mani and Rav Aharon Arizal Rav Yitzchak Eisik Yehuda Yechiel Safrin wrote together a letter containing the limits for practical Kabbalah explaining how dangerous it could be.

There is a siman Shulchan Aruch not to meditate with the kavanot Arizal the Mishna Berurah brings that there was a tzadik called Rav Shimon that after he knew all the Kabbalah he prayed like a baby one day old the Admor said that we should not understand that we should not meditate but rather like a baby who still remembers a little or a lot of what the angel thought him in the womb and his prayer is pure and clean knowing his Creator. Therefore if we get to the situation that we pray like a baby with the meditations like a baby before Hashem humble and wise, Is a pray that we can only hope to reach.  He did not go against the halacha but rather explained it a different way that gives it a deeper understanding like it says in the days of Mashiach children will know and learn Kabbalah.

also in his yartzite today we have prayed for everyone and especially those who help us spread the word of Torah!