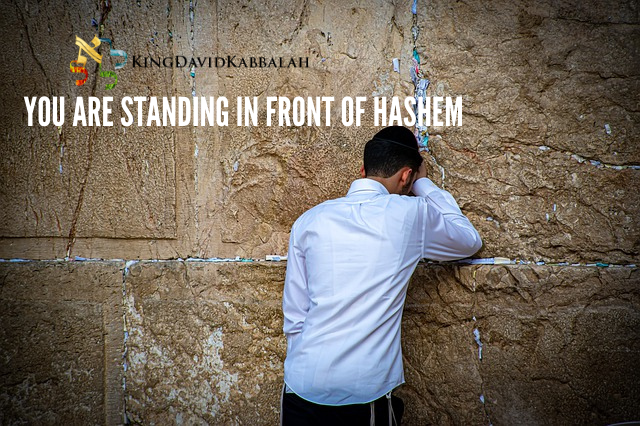 We are in parashat Netzavim, where the verse says: “you are standing in front of Hashem”. The Rambam (Moises ben Maimon) brings the law of prayer that it “simply” is to stand in front of Hashem. According to the Rambam one just needs to stand, acknowledge Hashem and the mitzvah of prayer would be fulfilled. Is it really that simple, to stand in front of the Creator of the universe? We need to understand that even though the simple understanding from the Rambam do suggest that it is that simple, we have to look at it through the kabbalistic scope.

Parashat Netzavim is actually giving the hint of how to spiritually prepare to approach Rosh Hashanah, Yom Kippur and the days between the two holidays. Rosh Hashanah is the day when we are standing in front of Hashem and he is delivering the judgment for the upcoming year but if we are not able to connect to this reality we are not going to be able to really take advantage of the oportunnity of praying during Rosh Hashanah.

Rabbi Shepherd gives the blessing for all of us to be able to learn with our full minds and to gather all of the different parts of our consciousness and elevate it to the highest point of standing in front of Hashem. May it be that we are all able to stand in front of Hashem in the Bet Hamikdash. Amen, ken yehi ratzon!